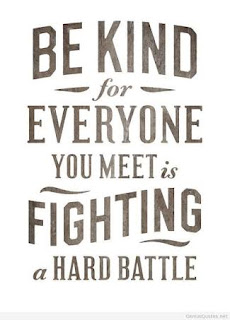 Did you see the show last night?
Lulu is such a B*tch!

Ok so I have no idea who Lulu is but this is something we are pretty much ALL guilty of.
Watching a snippet or version of someone on T.V/YouTube/Instagram, or reading in an article, and then immediately judging them.

I have only had a taste of this doing The Bachelor New Zealand and a little bit on The Bachelor Winter Games. But, I have seen my good friends get a lot of hate and judgement from people they have never even met.

I used to be guilty of it too. I used to watch reality shows like Love Island and Ex on The Beach and immediately comment on people.

But now I never ever would.

T.V seems to dehumanise people. Viewers begin to see them as characters, not human beings. We pick out flaws and criticise or praise them.

Forgetting they are human like us. They are someone's child. Someone's friend. Someone's grandchild.

They are imperfect like every single one of us on this planet.
They may be shown in a certain light, or a specific version of them to the public, which in turn may create a positive or negative but highly escalated snippet of them.

In your life, you would have experienced both good and bad days right? So if you watched and played back your life only watching the good, you'd think, 'Wow, what an amazing life!'.

And like wise if you played it back only watching the negative moments, you would be thinking shit, that was a mess!

But it's neither of those two because you didn't watch the whole thing. You only saw one version.

We as viewers only see a snippet.

And that person still has emotions and feelings and chances are they probably read or hear all the hateful comments about them.
And that hurts.
It hurt me a lot. I almost didn't want to leave the house after the Bachelor New Zealand for a while.

I got a lot of positivity and kindness too.

But I lost my sense of anonymity.

People always recognised me at first. It was weird, when I felt self concious I didn't want people judging me.
But it happened. No matter what you do after being in some form of public eye you become judged.

I see my friends in the industry getting judged a lot by complete strangers.

But remember that everyone we see or meet is fighting their own silent battle we know nothing about.

They may be struggling with depression.
They may be grieving at a loss of a loved one. They may be heart broken after a break up.
They may be going through exactly the same or similar situations to you.
So be mindful before you comment on people in a negative way.

It cost nothing and it brings people happiness rather than dragging them down.

My Nan once said to me, "If you have nothing nice to say, then don't say anything at all."

She is a wise woman.

A lot of people say, "Well if you do reality T.V or become a YouTuber you are putting yourself out their to get judged."
But why? Why are they entitled to be judged?
Would you go up to a complete stranger in the street and tell them you hate their shoes? No. So why do it to someone else? Just because they have been shown more publicly.

It's like saying to a driver who was in a car accident, "It's your fault for getting in that car and driving.".
When that driver more than likely had no idea they would be in a crash. Yes we know roads can be dangerous, but it wouldn't stop you driving would it?

If you are given an opportunity why not seize it? We only have one life, so grab those chances. You can't live your life never doing things because of the fear of the aftermath.

I went into reality T.V like most people not knowing the extent of comments, good or bad, kind or nasty that people would say.

I knew to some extent people either like you or don't. But never did I think how much it can dehumanise you.

It's almost as if people don't look at you like a person anymore. You become a character.

The good definitely out weighs the bad though.

I have made friendships that will last a lifetime.

And I after doing The Bachelor New Zealand and especially The Bachelor Winter Games in America I would 100% do it again.
The incredible people you meet and experiences I would have never got are worth it!

You begin to grow a lot thicker skin too.

The love from the Producers and Crew is amazing.


They become like a second family. As well as all the other contestants.


Just remember to be kind.

Popular posts from this blog The Bachelor New Zealand, through my Eyes. A few people have asked, so here goes. I want to give an insight, to my whole experience on The Bachelor New Zealand.  From all my weird internal dialogue, to the behind the scenes antics and my true thoughts on Zac. Time to spill the beans. I promise I'll include some of the dirty/strange/juicy things too.  But firstly I want to say thank you to the show. To all the crew for being amazing. To all the incredible people I have met through this process, the opportunities it has opened for me and the strength I've gained through it all.  Also the incredible travel we got to experience.  Thank you. I am so grateful for all of this. And this is in no way trying to bag out anyone or anything. This is just my experience. It all started after a break-up.  The type that makes you feel so alone you feel uncertain about how to go on. It's no secret I am a passionate human, I feel everything deeply. I fee
Read more

What a privilege it is to be alive.

"What a privilege it is to be alive". For every single day since the onset of time, our ancestors have lived long enough to pass on to us life. The chance of our entire existence is pretty incredible, we are the being's of our ancestors. Yet, we have this unique soul within us, this drive this lust for life. You are existing in this world right now, which in itself is amazing. Just to live, just to feel, just to experience. It's such an incredible chance and such an incredible blessing. Yes, life can be hard, yes things can hurt, but to experience pain, isn't that just incredible because it means we are alive? And all the wonderful things we experience, all the hidden beauty in this world. It surrounds us in nature, in art, in books, in humans. All we have to do is look around us once in a while, take it all in and realise, happiness is not a destination. It's not something we can attain through other things, it's something we can atta
Read more

What to do when you feel a little lost. 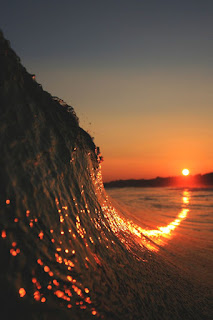 What to do when you feel a little lost. Sometimes you may feel lost in life, whether it's a job, relationship, where you are living or any situation.  And it's ok. It's normal. Sometimes we feel confused as to where we are heading, or almost bored with our routines.  Just remember that sometimes having a pause is ok. Ignore people's social media feeds where only the highlights are shown and avoid comparing your life to anyone's. This is your journey and it's unique to anyone else's.  A good thing I try to practice is being in the present moment.  “Accept what is, let go of what was, and have faith in what will be.” ~Sonia Ricotti The universe has a way of handling things, no matter what situation. Have faith in it and don't try to force things. Everything happens for a reason and you are exactly where you are meant to be. Try to enjoy life too. I have had times where I have been so concerned in what's going to happen and
Read more